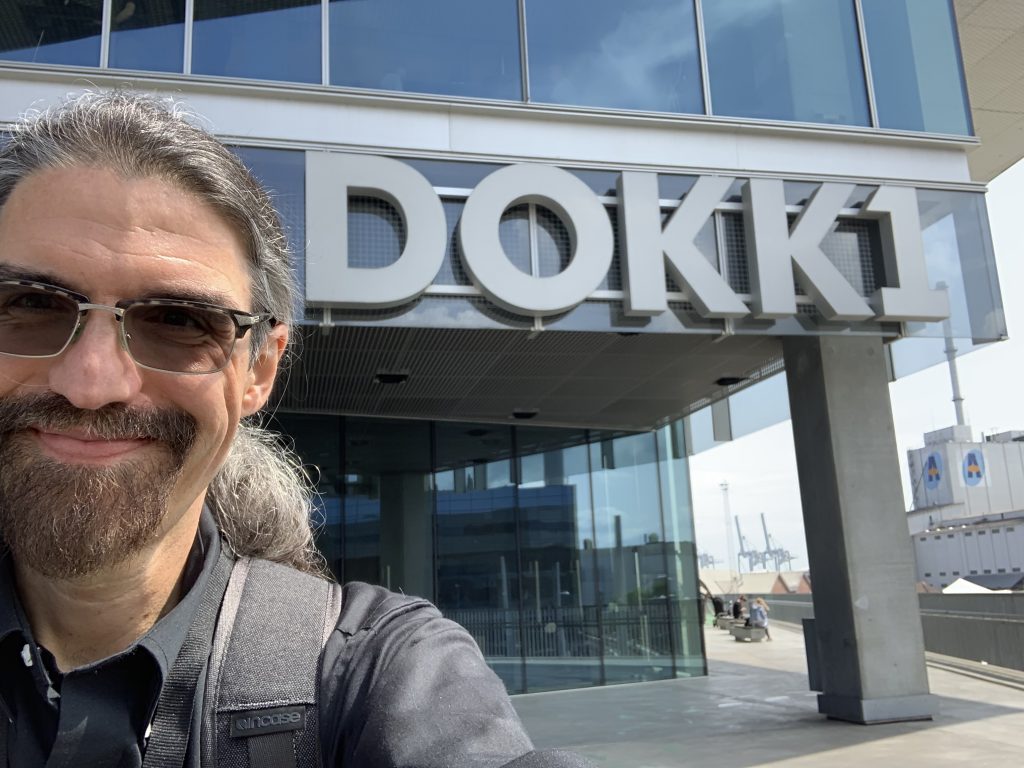 Dr. Michael Stephens is Associate Professor in the School of Information at San Jose State University.

Originally from Mishawaka, Indiana, Michael received BA and MLIS degrees from Indiana University. He spent over fifteen years working in public libraries at the Saint Joseph County Public Library(SJCPL) in South Bend, Indiana, where he developed a passion for the practical application of technology in libraries and the connections technology affords. He published The Library Internet Trainer’s Toolkit in 2001 in the United States and in the UK in 2002. In 2003, he launched his weblog, Tame the Web, which deals with libraries, technology and people – and the fascinating intersection between all three.

In 2004, Michael was awarded an IMLS fellowship to begin an interdisciplinary information science doctoral program at the University of North Texas, where he conducted research on social software and blogging, including his dissertation “Modeling the Role of Blogging in Librarianship.” Named a “Mover and Shaker” by Library Journal in 2005, he also served as a 2005 Scholar in Residence at Chicago Public Library and as an adjunct instructor at IUPUI and Dominican University. Michael joined Dominican University’s full-time faculty in 2006 and completed his Ph.D. in 2007 while continuing to blog and publish. During his time at DU, he produced two ALA Library Technology Reports on Web 2.0 and also created a graduate seminar on Library 2.0 theory and practice. He left Dominican in 2011 to join the faculty at SJSU School of Information.

He was named the 2009 CAVAL Visiting Scholar, examining the effect of Learning 2.0 programs in Australian libraries. Spending five weeks researching and working with libraries all around Australia, the research was first presented at the 2010 VALA conference and is published in various journal articles. From 2014-2016, Michael served as an advisor and faculty instructor for the Loyola Marymount University Research Institute Program, funded by an IMLS three-year grant for academic librarians seeking to publish. He also served as an advisor for the Project Information Literacy (PIL) Lifelong Learning Advisory Board. Michael has spoken at numerous state library associations, consortia, and international conferences and has consulted and presented for U.S. embassies in Germany, Switzerland, and Turkey. He presents staff development programs for libraries based on his research focus and teaching.

From 2007-2009, Michael wrote a monthly Library Journal column with Michael Casey: The Transparent Library, exploring how trends and technologies can enhance libraries and make them participatory and open to change. Since 2010, Michael has written the monthly column “Office Hours” for Library Journal exploring the issues, ideas, and emerging trends in libraries and LIS education. For more than ten years, his research has focused on the use of emerging technologies in libraries and technology learning programs, and he is inspired by library structures and virtual spaces that support users, participation, creating content, and encouraging the heart. From 2005 to the present, Dr. Stephens has delivered keynotes, papers, and workshops throughout the US and internationally on topics related to creative and open uses of technology to support and drive library services and learning. In 2018, Dr. Stephens spent a month in Australia visiting libraries, keynoting a multi-national conference, and serving as a visiting scholar at the University of Southern Queensland. ALA Editions has published two collections of his writings: The Heart of Librarianship (2016) and Wholehearted Librarianship (2019).  Michael resides in Traverse City, Michigan.