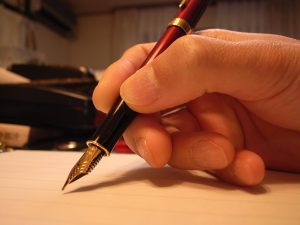 Researchers in the social sciences, which includes library and information science, use the American Psychological Association (APA) Publication Manual (7th ed.) to guide the formatting of their papers and publications. The APA Manual is what we’ll be using in this class, and in most of your other MLIS courses. What follows are some of APA 7 style’s most important rules for formatting a paper’s text and references.

Things to Use: APA 7 Style:

Rules for the Body of the Paper:

Citing Authors in the Text:

When you use the words or ideas of another person in the body of your paper, you must provide a reference to the original source. APA 7 does not use footnotes and a bibliography. Instead, APA 7 uses what’s known as the “author/date method.”  With this method, you provide the name of the author and the date of publication in parentheses immediately after the material you are quoting or referring to.  At the end of your paper, you provide a reference list that gives the full bibliographic information for the items cited in your text.

So how do you do this?  There are 2 basic methods.

Providing in-text references for quotations is a bit more complicated:

APA 7 also has an elaborate set of rules governing the content and punctuation used in the parenthetical references. Here are the most important rules:

The reference list is where you will give full bibliographic information for all of the sources listed in parentheses in the text.  Remember, you should include in the reference list only items that are mentioned in text.  This is different from other style manuals that allow you to list publications items you consulted as well as those you cited in the paper. Also, only include “recoverable” sources in the reference list (not emails, conversations, interviews, or class lectures) even though these may be cited in your paper.

More Links and Resources for APA 7 to Explore: